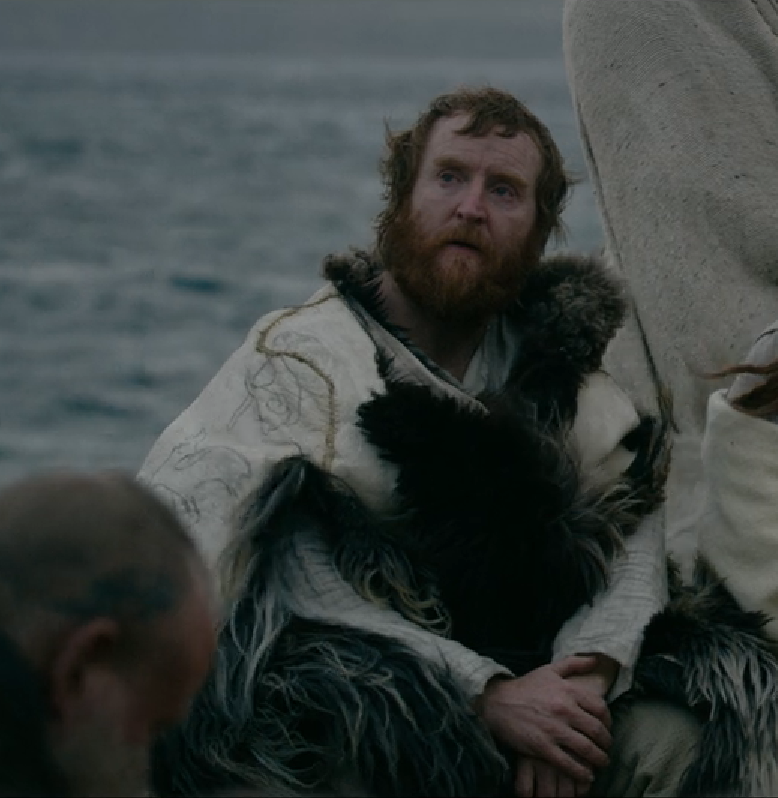 I talked a lot about Chris Pine’s accent in ‘Outlaw King’ because it is always interesting to see how well non-Scottish actors adopt Scottish accent. Actors speaking in their own country’s accent rarely get much attention but they are worth talking about as well.

While watching Outlaw King, it quickly became clear that Chris Pine succeeded in acquiring a Scottish accent. A few vowels here and there could have been more crisp or fronted and his intonation could have been improved, but other than that he did a great job. Throughout the movie, my attention therefore was drawn to another actor: Tony Curran as Aonghus Óg Mac Domhnaill aka Angus Macdonald.

Tony Curran was born in Glasgow so I was surprised when he didn’t speak with a Weegie accent. The following two features particularly stuck out as different from Curran’s native Glaswegian accent:

Both these features are commonly associated with Irish accents. Now, you might wonder why a Scottish character like Angus Macdonald should use Irish features. To solve this riddle we need to know more about Curran’s character in Outlaw King: Aonghus Óg Mac Domhnaill was from Islay, the southernmost Island of the Hebrides and as such very close to Ireland. Islay was traditionally Gaelic speaking and it can be assumed that Angus must have been a Gaelic speaker as well. In the movie you can even hear Angus’ people singing songs in Gaelic when Robert the Bruce and his companions are on Islay. Gaelic is one of the few remaining Celtic languages and closely related to Irish Gaelic (Gaeilge) spoken in Ireland. Gaeilge had an immense influence on the way the Irish people spoke English and – considering how closely related Irish Gaeilge and Scottish Gaelic are – it makes sense that Scottish Gaelic had a similar influence on Scottish English speakers such as Angus Macdonald.

Like I mentioned before: foreigners attempting a Scottish accent usually receive more attention than actual Scotsmen in the same movie. People naturally also focus on the main character’s accent more than supporting characters’. This doesn’t mean that supporting roles aren’t any more important or that supporting actors don’t have to put in as much work. As a Scotsman, Curran could have probably used his own, Weegie accent for this role and nobody would have complained. By deciding to use a more accurate accent, Curran indirectly tells us more about the character he’s playing and he therefore adds another layer to his acting. Curran clearly showed that accurate accents are important for all characters – no matter how minor or major they are. The fact that Curran took that extra step and spoke like an actual Gaelic speaker from Islay shows great dedication to the role and adds to the audience’s enjoyment of the movie.

View all posts by danimorsekopp

Looking for something specific?